What can you do to avoid employee burn out?

What is employee burn out?  Have you been faced with a deadline so important that it simply must be done, but find yourself sitting at your desk in the afternoon staring blankly into space, unable to concentrate? Maybe burn out is why.

You are not alone. In the middle ages this feeling had a name: Acedia. It was used by monks to describe a feeling of lethargy in which they didn’t even have the energy to care about their sacred duties.

This may not have mattered hugely to the life of a monk in the middle ages, but as our culture has become more and more obsessed with numbers, production and achievement it is positively awkward to find that your body just won’t allow you the energy to perform properly at some points in the day. However, the effect is universal – everyone has low points in the day – so it makes sense to look for the reasons and see what, if anything, can be done about it.

How sleep cycles are mirrored in the day

Seventy years ago we thought the human being was either on or off – asleep at night, awake in the day, with nothing in between. But in 1953 sleep researchers found that there were changes in brain waves at certain points during sleep, and these were accompanied by rapid eye movements. What’s more, if they woke people in these periods they tended to report they had been dreaming.

This was the discovery of REM sleep, which happens every 90 minutes or so through the night. The body becomes much more active than when it is in deep sleep, in fact almost active enough to be awake – and this is why, if you look at the clock when you wake in the night, it tends to be at one of a handful of times.

So much for the night-time – but the same rhythm also runs through the daytime. You wake up, and after 90 minutes or so you become rather quiet. You may want to sit down and rest, and may daydream instead of focussing on tasks, and this repeats at the same fixed interval through the day. From the work point of view this is rather inconvenient.

Once upon a time we used to honour this inescapable fact of our biology with a thing called the ‘tea break’, but in the era of always-on macho presenteeism the idea of stopping for a few minutes has become almost shameful in many organisations. The result, as people plough on through the times when the brain and body need to rest, is an accumulating sense of tiredness, lethargy and lack of purpose. From the work point of view this is also rather inconvenient.

The very worst point in the working day occurs for most people between 3 and 4pm, at a time researchers call the ‘late afternoon slump‘, or more colourfully, ‘breaking point’.

Meanwhile, thanks to our busy, busy lives, electronic devices, long working hours and late-night TV, the whole population is increasingly sleep-deprived. About a third of us are severely sleep deprived, getting five or six hours night. This makes everything worse: decision-making, difficult tasks, coping with emotional situations and, of course, handling the ‘late-afternoon slump’.

What are employers doing to help?

The solutions are simple and, for most people, unlikely to happen: sleep more, move more, eat better food, and avoid sugar and caffeine, for starters. But some companies are thinking more creatively about the problem and tackling it the other way round – if employees are exhausted, why not let them have a nap? Nike’s headquarters has quiet rooms where staff can meditate or sleep, and Google has nap pods that play soothing sounds to help staff snooze when they need to.

But maybe this is not enough: if people have had enough by 3 or 4 in the afternoon, why not encourage them to go home, get some good rest and start again tomorrow? After all, there is no obvious reason to have an eight hour day rather than a six hour one; it is just a relic of the 40-hour working week that the Eight Hours Movement fought for in the late 19th Century. (The first people to be given an eight hour day were some East London gas workers who went on strike in 1889 when the management wanted to increase their working day from 12 hours to 18!)

As Steve Glaveski points out in the Harvard Business Review, that eight hour framework is not really relevant in the knowledge economy. He quotes the organisational psychologist Adam Grant as saying:

“The more complex and creative jobs are, the less it makes sense to pay attention to hours at all”.

Creating a ROWE environment to avoid employee burn out

It’s true that some companies are showing the way with ideas like the Results-Only Work Environment (ROWE): one of WeThrive’s clients has no fixed daily hours or holiday allocation; staff work when they need to and take as much time off as they like, as long as they get their work done. This idea goes down very well with the staff, although it is a struggle to get some people top take enough time off because they are still living with expectations created by previous, less enlightened employers.

Those less enlightened employers, meanwhile, continue to sabotage their employees’ working lives by demanding constant availability. Apparently employees now check their email an average of 75 times in the day, which not only uses an extraordinary amount of paid time but works people up into a state of vigilance in which art is very hard to think straight.

How can employers save employees’ mental energy for things that really matter?

No single programme of changes would necessarily work in any one company, but there are some ideas that every employer should think about if they want to save employees’ mental energy for the things that really matter:

It is no longer 1889 and we are no longer shackled to an eight hour shift production system. Work is slow to catch up, but we now know the direction of travel, and it’s important to find out which initiatives will work best in your organisation before the staff go somewhere else.

This is no longer wacky Californian thinking, and it’s definitely not about being soft on employees. It is about finding more humane and comfortable ways of working – because these will also be more productive.

At organisation, team or individual level WeThive’s unique 4C model leverages the latest psychological understanding to quickly and easily deliver insights, actions and learning content to help your managers become better managers, creating a high performance culture and improving business results. UK based, WeThrive has an average 91% employee engagement survey completion rate and to date has made over 5000 company-wide recommendations. 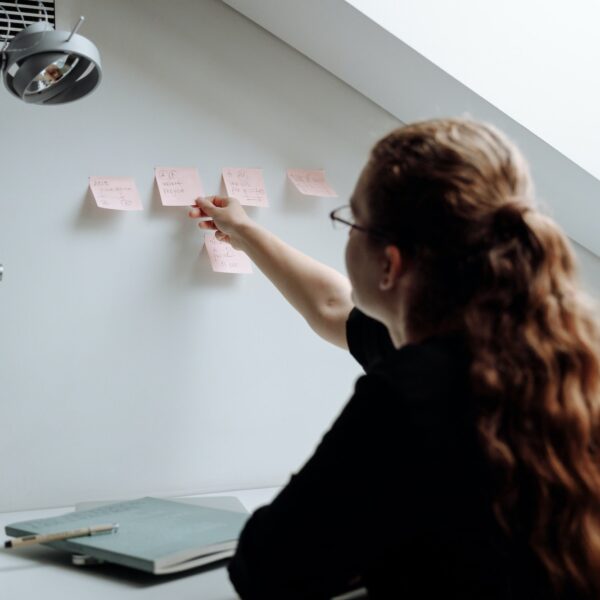