If you looked at the statistics for lost working days, you might think that medical science has made a miraculous leap forward and cured the majority of employee ailments. According to the Office for National Statistics (ONS) the UK is healthier than ever, with the lowest sickness rates since records began, but what about employee presenteeism?

Alongside these ‘positive’ sickness rate results, are rising concerns about the way mental health is managed in the workplace. With over a third of UK employees struggling with mental health these sickness figures just don’t line up to tell a positive story. According to Sir Cary Cooper, professor of organisational psychology and health at the Manchester University Business School, people are taking less time off because they are frightened of going sick. This means that even when they really need to be in bed, they are struggling into work rather than taking time off. The result is presenteeism, which Professor Cooper says is now a big threat to UK workplace productivity. He explains:

“Strong evidence suggests presenteeism is double the cost of absenteeism, with people turning up to work ill for fear of job loss, and ultimately burning themselves out and contributing little added value to their products and services.”

Spotting presenteeism in the workplace

Staff who are there but not there

Presenteeism is basically a word to describe a person coming into work despite being physically or mentally unwell. It is reasonably straightforward to get a figure for this ‘sickness presenteeism’ – Cooper reckons that nearly a third of staff turn up to work ill, and that only 35 per cent of all staff are generally healthy and present.

The result is large numbers of people coming into work and doing nothing, which is “more dangerous for the UK economy than absenteeism”.  They may come in early but actually spend much of the time wandering about, or even leave a jacket on the back of a chair while going to the pub. This ought to be relatively easy to root out, as should the staff who have their heads down at the desk but are actually playing games or watching cat videos on youtube.

The Invisible impact of stress hormones

So far, at least the problems are relatively easy to spot  – the people choose to go in while sick, or to wander around with a clipboard, or to watch cats climbing into cardboard boxes. But a great deal of employee potential is wasted because of a form of presenteeism that is more insidious – and is often  invisible to the naked eye.

Human intelligence is not a fixed commodity – it varies hugely. You will know people who seem bright as a button some days but are fuzzy and slow on others. You may well have recognised the same tendency in yourself. The brain that is calm and undistracted can do anything, but how often is anyone’s head in that state?

When work becomes awkward the mind and body undergo a set of changes. Problems in the practical, social or emotional environment cause the release of stress hormones, which immediately reduce intelligence, then compromise communication, collaboration and creativity – all the things you need from your staff. The problem is that we are so used to life being like that, we rarely notice unless someone has become dramatically over-excited and lost the plot. But in between calm-and-focused on one hand and lost-the-plot on the other, there is a spectrum. We slide up and down that spectrum all the time, so for most of the time a proportion of the intelligence our employers are paying for simply doesn’t exist.

The real cost of employee presenteeism

If over 35% of your workforce are ineffective there is likely to be a monetary loss to the business, but the cost is actually a lot higher for employee and employers alike. Presenteeism can lead to:

Focusing on reducing sickness rates is not the solution, instead more employers should be focusing on improving wellbeing in the workplace and encouraging a healthy workplace culture. As Cooper puts it:

“Health and wellbeing at work is now a bottom-line issue if organisations want higher levels of productivity, lower absence and presenteeism, and talent retention. Woody Allen put it another, more humorous, way: ‘I don’t want to achieve immortality through my work, I want to achieve it by not dying’.”

What can we do to help employees re-engage

There is certainly no point at all getting people to work longer hours to make up for any of this – as Cooper says, “If you consistently work long hours, you will get ill.” Instead, the challenge is “to create good places to work” and reduce any pressure that encourages a sickness ‘fear factor’. So what would that look like? For one thing, people would be managed “by praise and reward, not fault-finding and work overload”. They would also be “trusted to work more flexibly” and “have better balance in their lives”.

There is a lot hidden in that innocent-looking phrase ‘good place to work’. But we can easily enough unpack it and work out how to use it to our advantage. Ask any group of people what the best place they ever worked was like, and they will give you strikingly similar answers:

And the list goes on. All you have to do is create a workplace where that happens.

It’s not, really. Now we know what a ‘good place to work’ looks like, we can ask whether our staff are getting that kind of experience or something different. Put more simply, we can measure the variance between where they are and where they should be. Then it’s just a matter of making a list of priorities for getting the workplace into better shape.

Helping you to reduce employee presenteeism

Don’t worry if it still sounds like a lot to do – WeThrive is built to do exactly that – from asking the questions that matter, through to making the action plans, and even equipping managers with the specific background information and training they need to get cracking. Developing the managers instead of loading them up with more difficult ‘people stuff’ to sort out. We can’t stop people getting a cold and coming into work. But we can do something about that spectrum of mental capacity that is currently being lost to causes no-one has seen.

At organisation, team or individual level WeThive’s unique 4C model leverages the latest psychological understanding to quickly and easily deliver insights, actions and learning content to help your managers become better managers, creating a high performance culture and improving business results. UK based, WeThrive has an average 91% employee engagement survey completion rate and to date has made over 5000 company-wide recommendations. 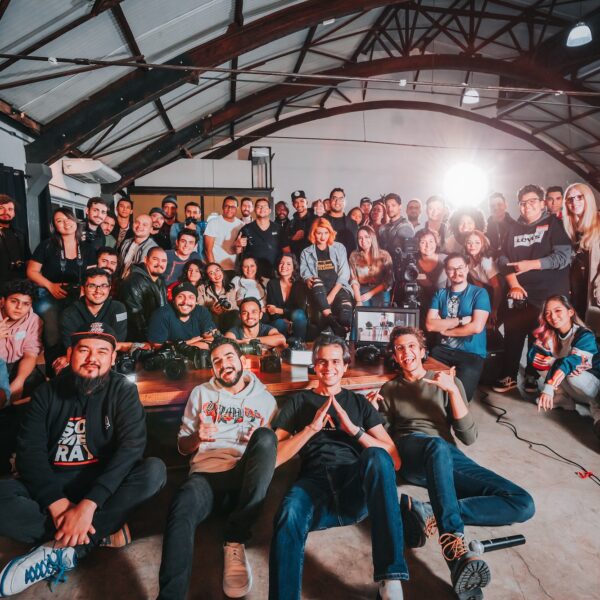