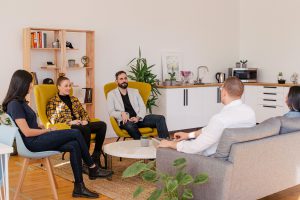 Alongside dealing with furlough, diversification and redundancies, senior human resources are dealing with the realisation that an organisational culture change is inevitable.

This is complicated – I have spoken in the last week to relatively young people who, despite (probably) being fairly safe even if they catch the virus, are determined never to go to an office again, but at the same time the government seems determined that we should do what we can to ‘return to normality.’

Over 70% of professionals now want to work in the office less than 2 days per week, with a fifth saying they’d like to work from home all of the time. This is despite the government encouraging companies to bring staff back in.

This proposed return is partly to support the city-centre economy – House of Fraser, Mothercare, Pizza Express and Carluccio’s are looking for rent cuts or closing stores, and the value of commercial property has plummeted – but the Prime Minister also thinks some employers will consider it ‘better and more productive’ for employees to come to office.

However, we have to ask two questions: how much ‘normality’ would we eventually regain – and is it really what we need anyway?

As Darwin was not the first to point out, changing times force organisms to adapt, and the ones that produce the best adaptations are most likely to survive. Given the extreme evolutionary pressure we have at the moment, this inevitably means that, even if some companies can survive for now by adapting existing routines, the ones that really have a competitive advantage in the new world will be those most capable of useful organisational culture change.

Surely change is second nature? Businesses have adapted from vellum to paper to typewriter to word-processing to database to internet apps, and from counting with tally-sticks to global webs of financial services.  Well, yes, but these different technologies are really only doing the same things – we now do spectacularly more data-processing just because we can, but the result is simply that we do more of the same things, albeit more efficiently and more quickly.

This type of change doesn’t really qualify as organisational development. So, will yet more adaptations of our old road map be enough to survive in the new world, or would that strategy be insanity, i.e. making the same mistakes and expecting different results?

Many organisations, faced with a substantial portion of the workforce who can’t or won’t go into the office, are trying to maintain ‘normality’ (doing as nearly as possible the same thing) by letting their human capital work from home if they must, either full-time or for a few days a week, and dealing with performance management by installing keystroke monitors, etc, to make sure they’re actually doing something rather than playing on social media.

This will produce results, good and bad. However, it doesn’t change the underlying management system or address the evolutionary pressure. Other companies are pursuing a more fundamental kind of change, looking for both process improvement and cultural change appropriate to the new normal. This means using the crisis as a chance to re-think who does what, how, why and where, whether they even need to do it, and, if they do, how to help them do it well. Which mindset will win out will depend on many things: history, personalities, a great deal of luck – and of course
the economy.

My money is on the latter approach where a fundamental shift in organisational culture takes place. I think we will see change on a huge scale as companies strive to survive; lightening and simplifying their organisational structure, while simultaneously cutting costs. Some signs are already appearing, one being a cull of middle-management. Taking two high-street names at random:

Dixons are cutting 800 managers and Marks & Spencer are to cut 950 jobs to store management posts as well as property and operational roles in head office.

Managers, note, not frontline customer service or product development staff. This is an early sign of what could turn out to be a revolution in corporate culture – thinning down the hierarchy and creating a leaner structure with as much self-management as possible. This change is born of necessity, and might have happened anyway with the competition from online retailing, but Covid-19 has made it more urgent. So which elements of company culture will have to change? In my view, every one of them. 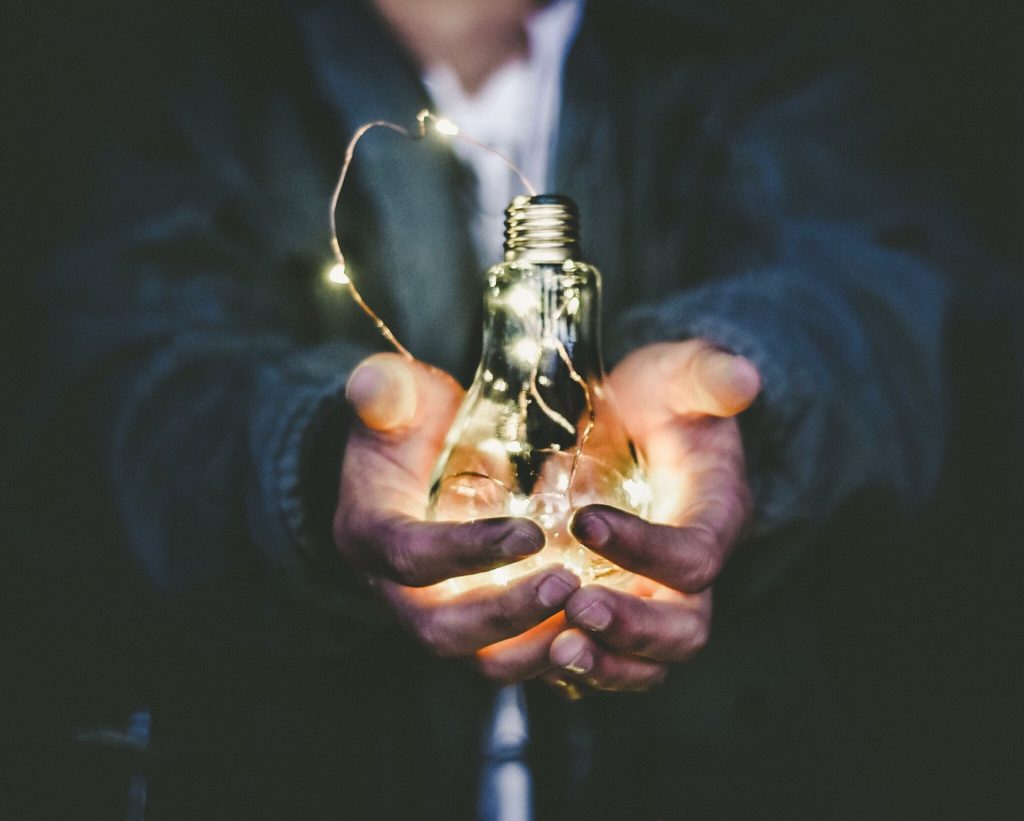 The team that suddenly has to work remotely is at risk of several negative side-effects straight away. Connection to the firm’s mission, vision, values or whatever was always important, but now is even more so. As members of a social species we contribute more to our group’s efforts when we feel really well-connected to them, so the firm that does well at keeping staff connected to these (often fairly abstract) ideas will have a motivation advantage. The firm that takes them out of the abstract realm and makes them into something employees can attach to and actually do will do even better.

Of course, most organisations will have recognised that there is a need for better communications, the result being an over-communication to make sure everyone gets the message. This is a very inefficient approach to information sharing – some people will get communication fatigue quite quickly, while others will still not understand. The key is to know exactly which staff think what – which requires an amount of feedback most companies assume they can’t have.

Leadership and management have to change fundamentally, because the effects of management style – good and bad – will be amplified in the new environment. For leaders I think the brief is straightforward – stay calm in the face of accelerated decision-making in an unstable environment; be clear, consistent and transparent, and be a role model for staff, living the behaviour change and positive attitudes you would like to see in them.

For managers the picture is less obvious, not least because the whole line-management role is now under question as systems are getting better at dealing with both the admin and people sides of the job.

As with many functions in the new world, there are at least three possible ways the line-management tasks can be re-allocated. Some can just be abandoned without anyone regretting their loss – annual reviews for example. Others will be by-passed by systems – collating data and passing it up the line to the leadership, for example.

WeThrive employee engagement software makes the whole picture of employee experience easily readable by the director responsible for HR. Then there are tasks that never really belonged to a manager anyway, but to the team doing the work – and the team can now take these on.

Some advanced WeThrive users are already starting to do this; sending the group- level picture of employee experience straight to the teams concerned, with the system-generated action plans, and asking them work these up jointly into practical solutions. This knowledge sharing gives people autonomy, control, responsibility and many more positive feelings, and helps them develop and grow. Why shouldn’t a team share its own management (where management is needed at all)?

A step further on, and one that many organisations would have thought unthinkable until recently, is to abandon anonymity altogether when asking employees about their experience. Anonymity in collecting survey data is rather an odd element of company culture – essentially saying ‘we know you think you can’t trust us, so we won’t identify you’. It was also supposed to increase response rates and honesty, though neither of these things is true. In fact, anonymity removes any responsibility to respond honestly, or even at all.

Recent research shows that, except when asking people about deeply sensitive personal matters like sexual or mental health, people are actually less honest in anonymous surveys.

This supposed need for anonymity speaks of a deep (and often quite reasonable) mistrust of management by staff – ‘I don’t see why they need this information but fortunately it’s anonymous so I can game it as I like or not bother answering at all’ – and of staff by managers ‘they’ll be dishonest unless we make it anonymous’.

However, once trust is established, individually attributable surveys are the obvious basis for individual training and development plans, individual support, and anything else which is better done on an individual basis; i.e. pretty well everything.

Fortunately the pandemic gives us a perfect opportunity to build trust. Trust is essentially the outcome of life being predictable and fair, so companies that start now by making sure all the new expectations are reasonable and well communicated, and that any changes are revealed as quickly as possible and fully explained, will be well on the way to generating the trust needed to create honest and useful data on employee experience, which can then be fed back directly into performance improvement, making the new working arrangements more productive and sustainable.

Taking this on another stage, while it is an essential part of a positive company culture that arrangements should be fair, that doesn’t mean they have to be the same. Different people react to the same things in different ways, and the pandemic gives us a chance to capitalise on that. In many roles we no longer have to say that people should do so many activities in a day, or even work the same number of hours.

The Results-Only Work-Environment (ROWE) entails measuring only the things that matter – i.e. the outcomes of people’s activity, not the detail. This fits the new world well – not least because keeping accurate track of everyone’s activity in a distributed team is very difficult, and a perceived need to be always on Slack and answering every email immediately is causing some home-workers to spend far more hours at their screens than they should. Again, what is right for one person may not be for another, so individual feedback from employees has an immense value.

Correlate those employee experience data with the key performance indicators that matter to the business, and suddenly we are in a whole new world. No more guessing, or even deciding on principle, whether we should do A or B – the data will tell us which option works for whom, and what the effects are on productivity, sickness, etc.

To sum up, the culture that we all should be aiming for in the new normal is one which:

Such a radical degree of business transformation will be impossible for some and will terrify many more who have grown up in the age of the formal organisation. But I would put a significant bet on those that bring about true organisational culture change being more likely to survive than those that can’t.

Read more> how a survey can help with company culture. 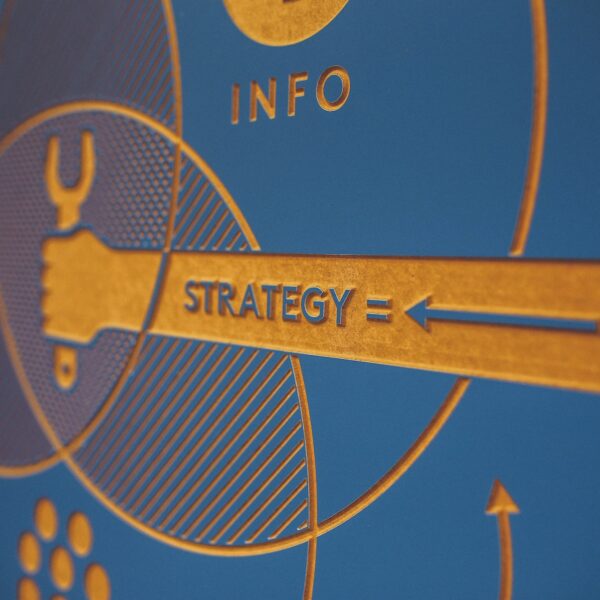